This last weekend I was here at home to welcome home our Daughter and her husband for a unique family gathering. Meantime the Desert Dingos were tearing it up at Prairie City, CA for their season closer. They had a great weekend and took 1st for the weekend and overall they ended up in second place for the season. If you go to www.desertdingo.com you’ll be sure to get the whole skinny on the race, and all of the races for that matter. 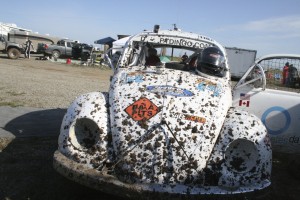 It was an amazing year for Deb and I as the Dingos took us right in and made us feel right at home. I’ll always remember the very early morning I pulled into their camp to see 1107 rain soaked from a huge storm that had moved threw, then tents pitched and utter silence as it was only 6:00 am. There was the thought of “man, what am I getting into here”, but not in a bad way or not in a feeling of regret, just pure, “Man, what am I getting into!” Soon to follow was a sleepy eye’d but very smiling Jim Graham that I was meeting face to face for the first time and he swallowed me up with a big hug and a big welcome for Deb and I. We had chatted on-line and shared emails, but yea, this was our first time to actually see the other person on the other side of the screen. It was a muddy weekend but Jim made sure I got some seat time as a co-driver and I must say it was pretty cool. For them as a team it was a rough weekend, but they drove 1107 until there was simply nothing left, no more belts, and blue smoke, but, but,,,,they never gave up or called it quits. 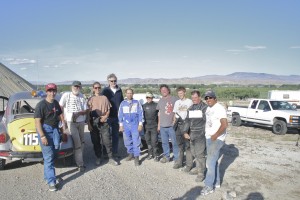 Our next adventure took us to the sleepy little town or Yerington NV. We returned knowing faces and feeling more comfortable around this group of new friends. As I look back a couple of things really stuck in my memory bank. One would have to be, and will always be setting up our tent as it was raining, and at times snowing. The other though is a bit more special and it was when Crusty (their crew chief) handed me a breaker bar and proceeded to put me to work. It helped secure some trust and it was something that helped me relax a bit more and it was then that I really started to feel like a contributing part of the team. My time in the car with Bus Boy Bob was amazing and he talked me through most of the coarse to let me know what he was doing and why he was going it. At the time all was going very well for the Dingo’s until,,,the rear trailing arm nut of the came out and damaged the CV drive shaft. The situation was not good and the chances of getting a new shaft out to them on time did not look good. After a bit of time we decided to load up the borrowed shaft and go search for 1107. The amazing thing is we found them a few hundred yards from the main road, and with in 30 minutes Husband and Wife team Romy and Jen were back in the race.  It was a very close ending to a great race, the best I’d ever seen as the cars crossed the finish line with in a 90 second time frame. 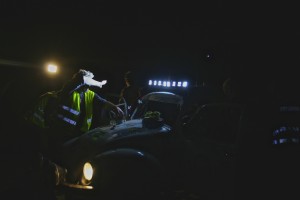 Our next trip took us out to Fallon Nevada for the Night Vision 250, and yes, that means we raced at night. There was no more “getting to feel” comfortable with the team, we just did. It was hugs all around and smiles and the sharing of racing stories from the USA 500 which took place over the summer. They had received a hard blow with the car on it’s roof twice within 4 miles and a smoked clutch, so besides a new clutch there was evidence of the rough going. It was also good to see Crusty as he had an accident on the way home from the 500, but him and the car hauler was all ready to go. The night racing was a totally different experience and it was mesmerizing to be traveling the dirt roads and not really knowing where you are headed until it’s there in front of you! I also found out what it’s like to DIG out the bug as we got stuck in the sand from pulling over and letting the faster cars go by. I was co-driving with Dave Dougherty, and this guy had the car going as fast as it could, if not faster than it should have been going, but man, talk about controlled driving skills, he was indeed a seasoned Off-Road Racer. Probably the best part was catching air. You could see it coming and feel it coming as well.. We traveled up and down a series of small hills, and gained speed on each hill, then as we came up on the last you could only see the blackness of the nights sky approaching as we gained speed, then,,,,that feeling like you are just hanging in mid-air, it’s quiet, and you feel nothing,,,Then,,, Bam, and if it’s timed right you hit, but a perfect hit to the ground and all is good and ya don’t skip a beat. The next jump however didn’t go as smooth and we hit pretty hard, got a bit blinded by the lights as they reflected the white sand and dust that was spraying into the car,,,and we won’t mention the neck jerk. That was an amazing race and the Dingos secured a First Place finish! We celebrated a bit, then it was off to bed.

It was a bitter sweet being here at home as the Dingos went back to Prairie City to finish up the year and yes I miss the Co-Dawg time, but more than that we simply missed being there to hang out, wrench on the car, sharing meals, and a warm camp fire. There’s always race stories being told, the sharing of information, teams helping out each other, and everyone working together to get your team to the finish line (or starting line depending on the situation). We can’t thank Jim Graham and the Desert Dingo’s enough for letting us into their world and I look forward to racing with them and against them in the years to come. Thanks Again Dingo’s, and don’t forget, you have a home here in Ensenada waiting for you and 1107. 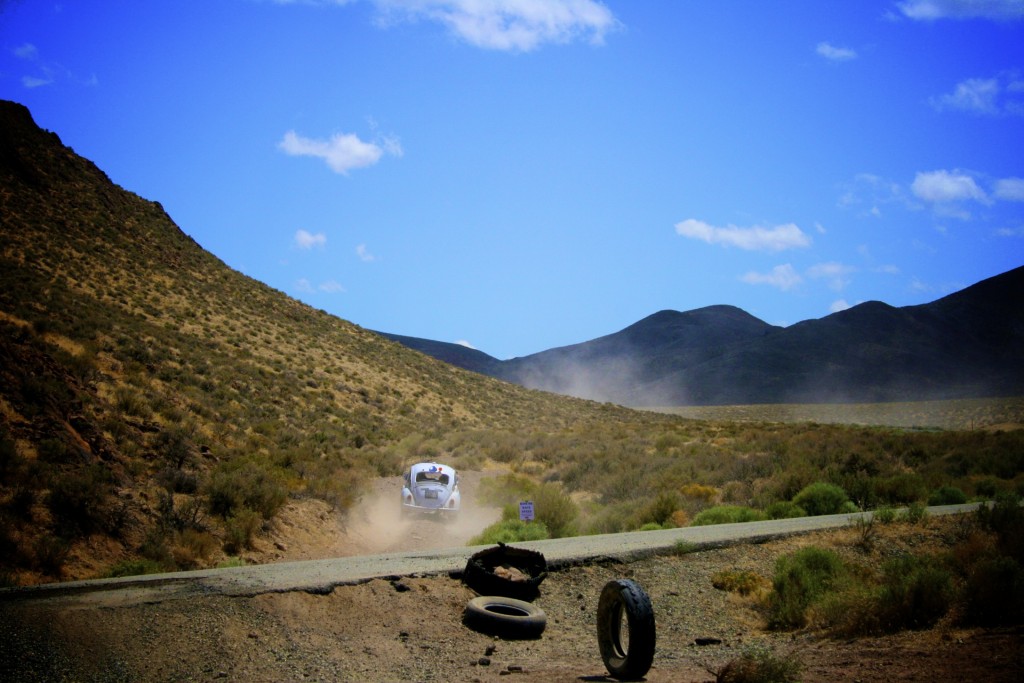