For this Baja 1000 Las Tres Palmas ministry site played host to two Class 11 teams, the Desert Dingos and CBCFS Racing. Our quiet facility soon turned into race central and the clean crisp air was filled with the smell of high octane fuel, grinding metal and sparks filled the air as grinders and welders did their thing.

Paul Nauleau and Ryan Crook come from the San Fransico area and pretty much everyone calls them the “Frenchy’s”, and that’s because, yes, Paul and his Father JohnLuke are—French. Paul and Ryan started their adventure in Class 11 racing about 2 years ago and much of the car was built by them. The amazing thing is, they are both high school students, which I think sets a great example for other their age. Paul also is the founder of the California, Baja California Friendship Society. This Society works to promote the cultural, educational, and environmental ties between California and Baja California. So again, they are working to make a difference their small way as well. 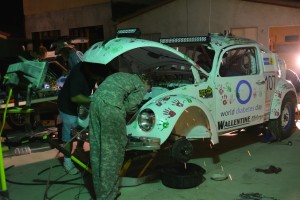 We then had our friends the Desert Dingos. This was a great honor as the Dingos have become our big brothers in Class 11 racing. When we started to get into racing the Dingos invited along to see how they did things, and they even had me run as a Co-Driver. As you can see by their car, the Dingos run to raise awareness to the on going battle against Diabetes. The Dingos had many battles them selves through out the week, but these guys know what to do and how to figure out the problems. It was amazing to see them work.

Having both of these teams here was more like having family, and both of these teams run in the Vorra Racing Series that has races in the Central California area and in Nevada. Everyone stayed pretty busy and it was not an odd thing to see people with a wrench in one had and a taco or piece of pizza in the other. 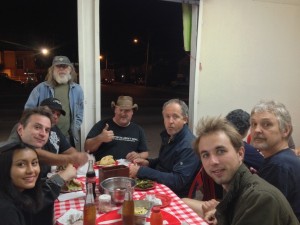 First night with the Dingos we hit the Taco Stand,,,but then…. 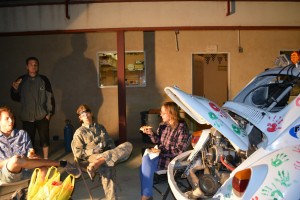 It soon became eat when you can, and eat what you can. On this night it was late night pizza delivery

It was also a good time just getting to know everyone and some of the new members on both teams. We all also had to work out cage inspections, multiple runs to the hardware stores and auto parts stores. 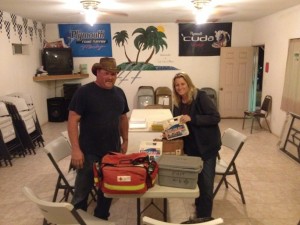 Debbie’s getting some help from the Dingos on First Aid kit preparations. 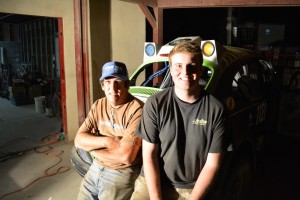 Sharing information with Ryan Crook, but we had to confiscate his secret agent spy camera. 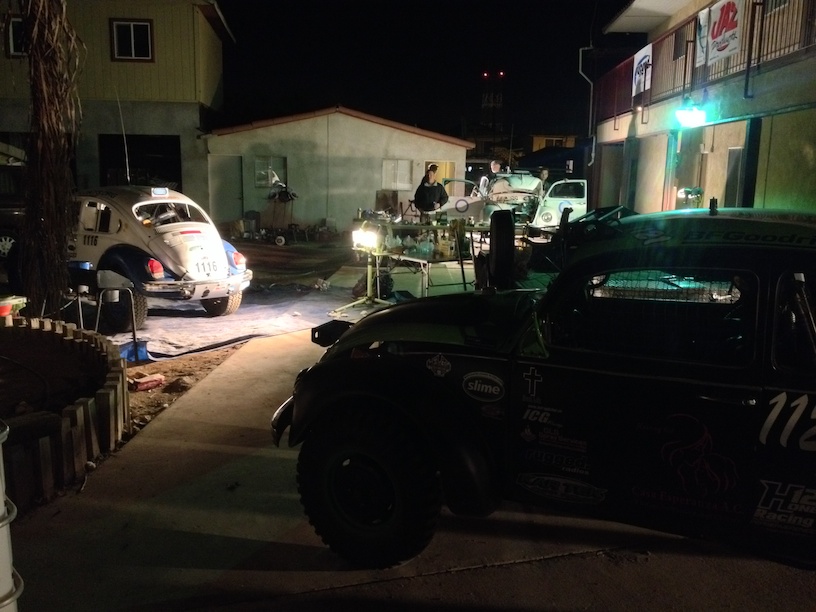 Three teams, three cars, and for us it was a dream come true to be one of those three teams. We truly give thanks to God for having this opportunity to serve in this manor.