Not sure what happened to my Blog at Blogger, but here it is and I’ll be using H12:One for all of my updates.

It has been some time and hard to believe that in just a few days we start the incredible journey. Journey, what journey. OK,,,let’s back up a bit. About 6 years ago I started to racing and I got my feet wet with a team by the name of the Desert Dingos, that is managed by now great friend Jim Graham. Great fun, great bunch of people. On this team was a giant of a man that spoke with a thick Czechoslovakian accent and he is now living in Canada, and his name was Paul Hartl. Now Paul and I established kind of a special bond as I needed to wear his Race suit during the race. Two problems, he was to get in the car during our pit stop (and he’d need his suit back) and I’m only 5’8″ and he’s 6’6″. It would be like trying to take down a circus tent. Any way, mid way through my section as a Co-Driver for Busboy Bob I had the incredible urge to pee! Yes, I had to pee something ferous and if I did it would be all over Paul’s suit. Needless to say I made it back to the pits, took off the circus tent, and ran to the outhouse in my purple LA Kings boxer shorts. It was a great time, and I made a new friend with Paul. On this day, as we gathered for this photo I had no idea that many of these people would become great friends.

Paul is a Rally racer and was quite busy with Rally racing in Canada, but also loved racing in Baja. One night I got a call from Paul and, a call that I was not expecting. (put on your Chez accent) “Hello Dennis, this is Paul Hartl from Canada, How are you? Hey, reason I’m calling is to see if you would have need of driver/co-driver for the Baja 1000 (2014)?” Well, we talked for a while and explained some things and the next thing you know, Paul is hitching a ride down here for the Baja 1000 and as a member of Team H12:One. Paul took part in two legs of the race as Driver and Co-Driver. We had an epic run and even though we were an hour late, we still made it to the finish line. He also became a favored visitor at the women’s shelter, Mi Casa de Esperanza, and the kids were amazed at how tall he was. His time at Casa would later inspire him to do a personal fund raiser for the Casa in which he raised funds to help purchase a new water tank and tower.  Paul has now been with us for other races as well and even as we prepare for this great Trabi Adventure, we are also preparing for the next Baja 1000 which Paul will be taking part in.

What is a Trabi? That is short for Trabant, which is a small two cylindar/two stroke powered car that was produced in Eastern Germany starting in the 1960’s. It is quite the car and I have yet to even see it personally yet alone drive it. Paul did a personal Rally a couple years ago that took him from the Eastern Europe, into Russia, and eventually into Mongolia. So when the word went out about this adventure I put my hand up for permission to go. Here’s a link to that adventure Blog, Mongolia and Beyond. Paul also thought that some Spanish speaking could be helpful and it seemed like a good fit. I had a good talk with Debbie and she saw this as a great opportunity for me, and we see this as a great way to also make it a Mission’s adventure, so I’ll be packing H12:One race stickers and Victory Cards.

The journey will start in Arizona near the Chandler area where we will meet up at, or we’ll drive to Tucson for the night and get an early start on Monday the 31st.

We will see great sites such as the Copper Canyon, Mayan Ruins in Mexico City, Oaxaca, Chiapas, and I’m hoping to visit Veracruz that sits on the Gulf of Mexico. I also know of a great place in Tuxtla, Chiapas to get what had to be,,,the BEST FRIGGING Banana Split I ever had. Chiapas will be out gateway into Guatamala and although I was planned to fly out of Honduras, we save about $400.00 by flying out of Guatamala City. From there Darrel Malone will hope in and take my spot as they continue the journey to eventually make it to, and end the trip in Panama City.

Paul will be conducting a Fund raiser for this Rally and it’s purpose will be to raise necessary funds for a hospital in Guatamala. I’m guessing that a visit to the hospital will be taking place which will be awesome. Besides contributing to that fund raiser I plan to hopefully raise some funds to help with the block wall that needs to be put up for the women’s shelter at Mi Casa de Esperanza.

When I first posted this someone asked “why in the world would you do this in that kind of car?”

Easy answer,,,”Why not…?” There was no reply.  So, without further delay, a couple pics of Trabi 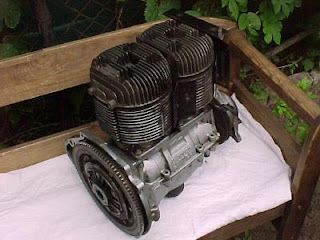 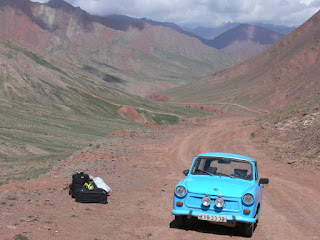