Team H12:One is very blessed to be able to announce that once again, GLS Spray services will be sponsoring the team in the up and coming 49th running of the Score International Baja 1000. GLS Spray is owned and operated by Mario Sandez, who is also one of the Co-founders of TeamH12:One, so Mario and his son Nick have been with us from day one.
Mario is an incurable man that has been a great example to everyone on the team. He is the type of person that can talk to anyone and is never to busy to talk to you. On Contingency day he really kicks it into gear as he interacts with the crowd, and especially the young kids and teenagers.  You can catch Marion talking with kids and handing out Team H12:One buttons. Mario is a friend to all, and you are often greeted with this one question “what’s going on, and what can I do for you today?”
Out on the course Mario never stops. You might catch him napping in his chase truck, but that will be because he’s been going non-stop for 20-30 hours. He makes everyone that climbs in his chase truck feel special and take time out to listen to what you have to say, race related or not.  Some don’t know this, but at times Mario is out there enduring and incredible amount of back pain, and that is why you don’t see Mario in the Co-driver’s seat of the race car. If he could, he would. In those rough times, those times of pain, the times we struggle as a team, you can see Mario step forward, look into everyone’s eyes and say, “We’re doing this for the Kid’s, let’s find a way to make it happen!”
Thank you Mario, and thank you GLS Spray 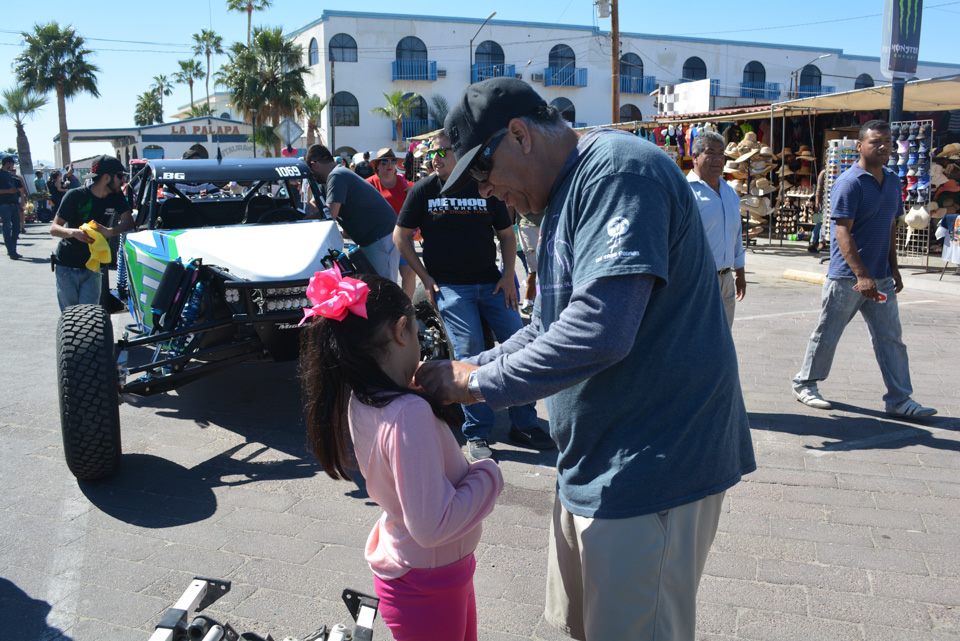