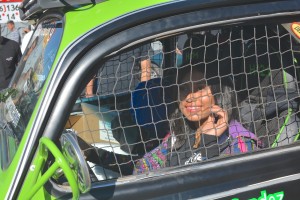 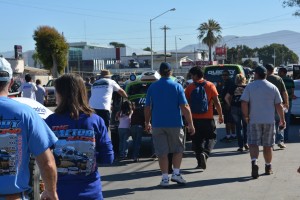 How many times have we parked our car, walked over to contingency row and watched the show, take the pictures, shoot the video, and then head home? Contingency day is when you roll your car into Score’s impound area for it’s safety inspection, but somewhere along the line long ago someone set up a taco stand, then,,,a T-shirt stand, then,,,a beer stand, then,,,music! So rolling the car into inspection has become this huge party and it does get crazy, kids skip school and all you hear all day is “Stickers! Stickers…!!” This year however it was very different for us as we headed over earlier that usual as we had a race car to put in line, yes, this was Team H12:One’s first year to go through the all famous “Contingency Row” 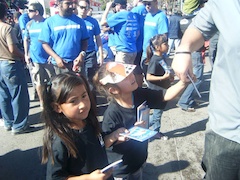 The Casa Kids participating in a Big Way!

Our team from Mi Casa de Esperanza showed up and we had our stacks of stickers and 600 gospel’s of John to hand out. Needless to say,,,everything got handed out. Stickers are a big deal and people love taking them home, as well as posters, post cards…Anything that has the picture of a race car on it. So it was especially exciting to see the kids taking part is such a big thing of the Baja, and to know they also handed out the Gospel of John. 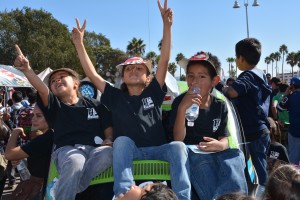 This was their day, and in their Car!! 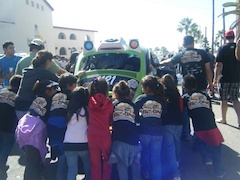 Taking pride in a humble way

It was a very long day and the kids did their part in pushing the car and it was a special bonding time between them and 1121. We got to drive it up on to the big stage and for me it was exciting to see the kids up there on the stage posing for pictures as all the camera’s clicked and flashed. However, I was a bit nervous about the inspection and I was just hoping that all would go well and that we would not need to worry about last minute things in order to be compliant to the rules. 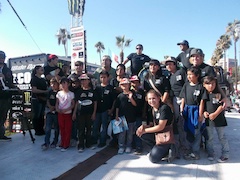 On the Big Stage! An Awesome moment 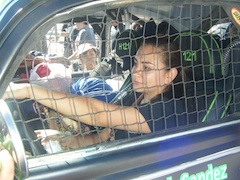 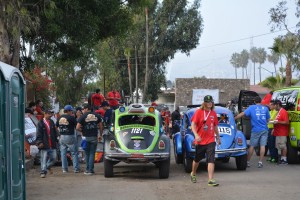 Well the moment of truth, the gate opened up, we rolled the car in and it was time for inspection. It was like waiting at the doctors office for a shot, all you can think about is how much that shot is going to hurt. So Score did their thing, inspected the car, helmets, racing suits and before you knew it papers were signed and then the “That’s it, thank you and be safe out there”. I’m thinking,,wow,,,that didn’t hurt one bit.

So it was back to the shop. The kids had gone home, we had last minute things to do, such as change the oil, adjust brakes and valves… And then, we’d all try and get some sleep as we had a big day waiting for us. 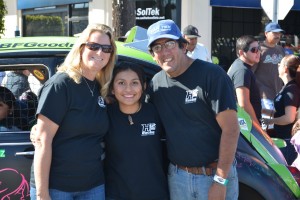 As a family and as members of Team H12:One, we thank you for helping us get to where we are and as great as this day was, we know the Lord has a lot of work ahead of us. 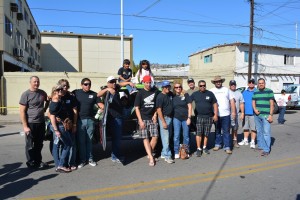